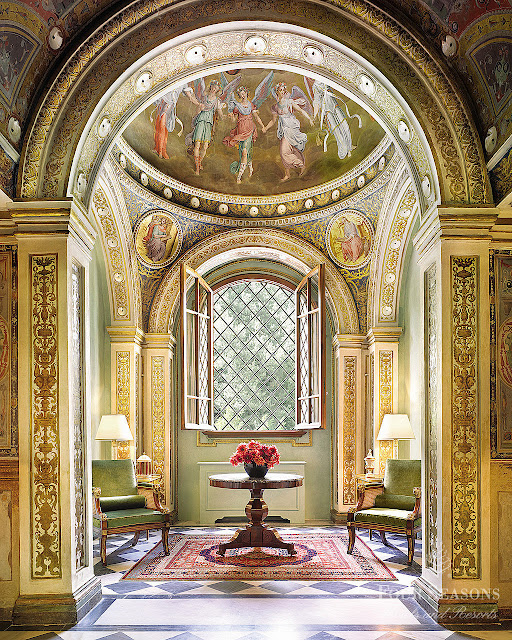 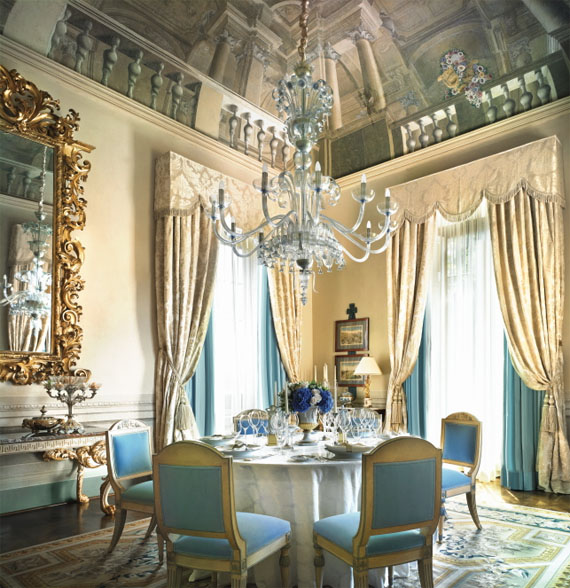 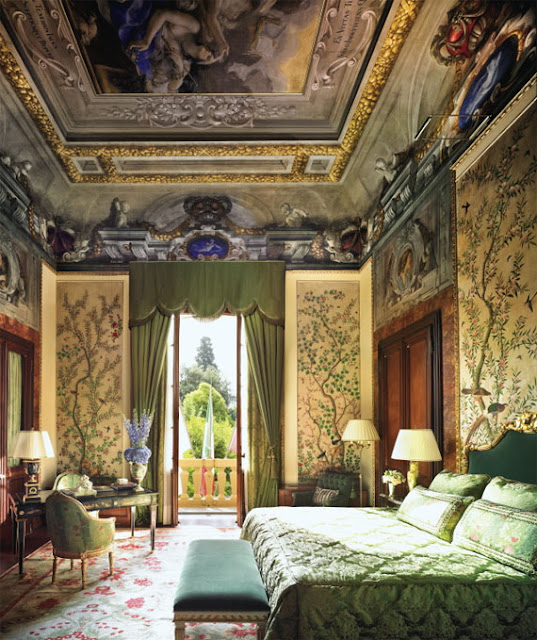 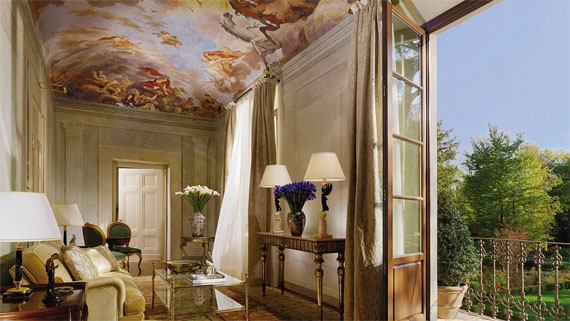 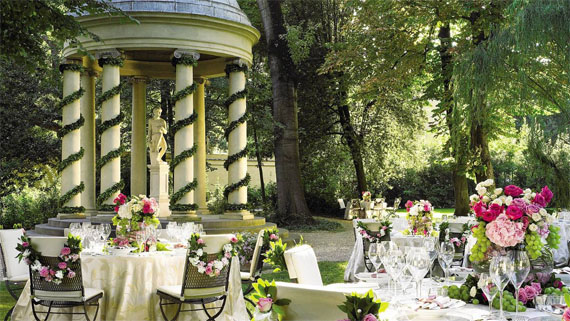 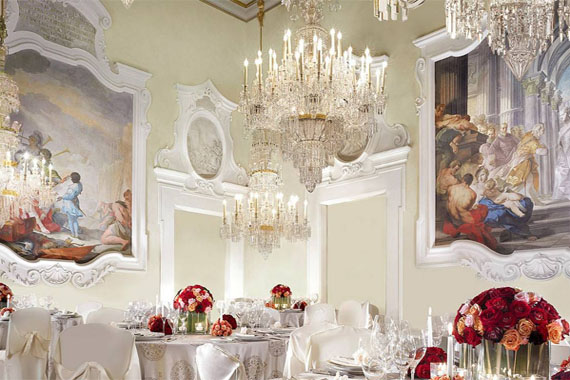 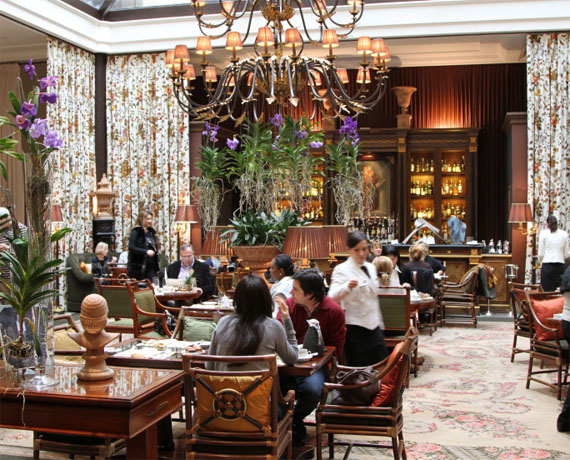 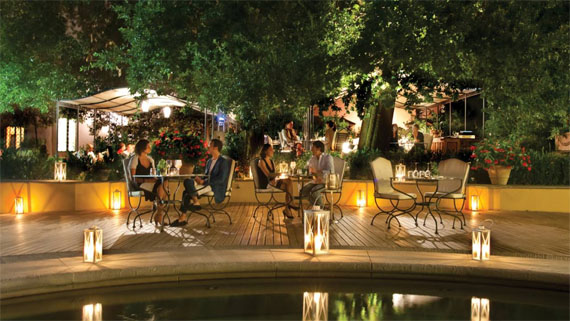 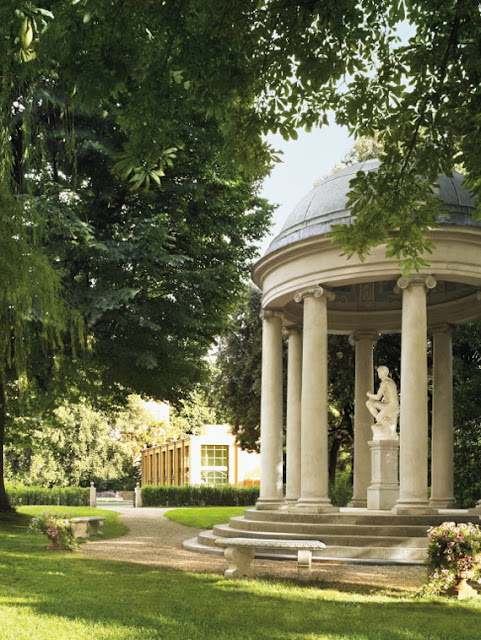 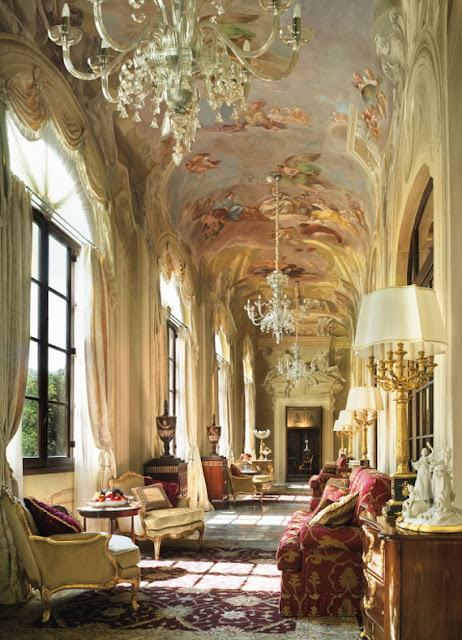 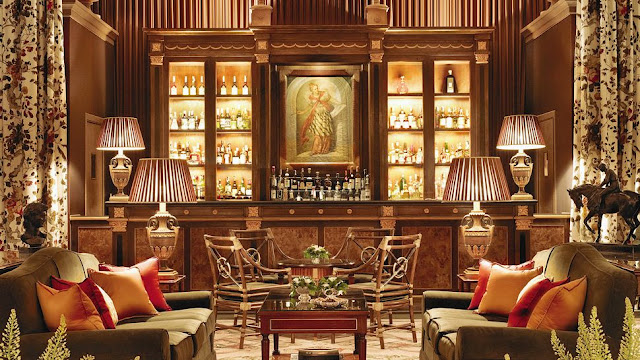 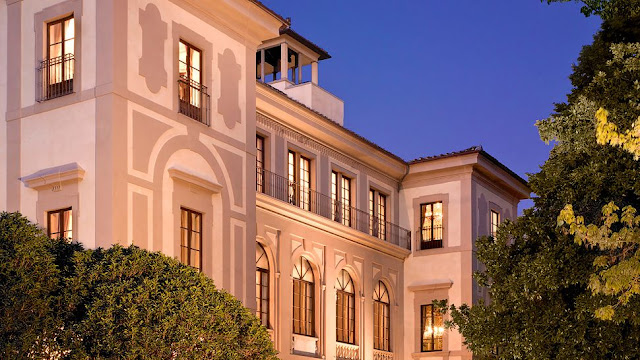 It may have just opened in 2008, but the five-star Four Seasons Hotel Firenze has much deeper ties to the history of the city of Florence. The opulent palace it occupies, Palazzo della Gherardesca, was the private residence of Florentine nobles, including a Pope, for five centuries before being transformed into a luxury hotel. In a city that takes luxury very seriously and offers it in myriad varieties, the Four Seasons Firenze still stands out.
For one thing it encompasses the incredible 11 acre Giardino della Gherardesca, which is Florence’s largest private garden, guarded by stately, ancient trees and landscaped walks. The garden is also home to one of the best luxury spas, swimming pool and a classical temple, making it an alluring oasis and a natural complement to the unmatched elegance of the main building. The Palazzo itself comes across as an architectural treasure inhabited by a hipper, more modern generation of nobles - the kind of contemporary royalty who wear Tod’s and drive Ferraris.
Along with the adjacent 16th-century building,Il Conventino (a former convent housing additional guest rooms and meeting spaces), the Four Seasons Firenze has 116 rooms in all including 44 luxurious suites surmounted by the appropriately palatial Royal Suite. The 2,518 square foot showplace, located in the Palazzo’s original nobles’ quarters, features museum-worthy frescoes, stuccos and painted ceilings, all painstakingly restored during the building’s conversion.
With various living and entertaining spaces including a library, gallery and dining room that seats eight, it’s as close as you can get to being a member of Renaissance royalty yourself. Of course there's the added bonus of modern amenities like high-speed internet and flat screen TVs, all offset by an incredible collection of art and antiques, which makes for a fitting foretaste of Florence’s cultural treasures. Vast marble baths are of course de rigeur.
Almost as impressive is the 205 sqm (2,206 square foot) Presidential de’ Medici Suite, which also features a dining room for eight and a gallery large enough to accommodate a grand piano, as well as the 121 sqm (1,302 square foot) Presidential Conventino Suite, with its frescoed, vaulted living room ceiling and terrace overlooking the garden. Each suite is worthy of any A-list actress, aristocrat, or anyone in the mood for a truly magical getaway.
The Four Seasons’ legendary attention to detail and emphasis on gracious service is evident throughout the property, which also features three restaurants, a winery and bar. The Michelin-starred Il Palagio offers a seasonal menu starring regional cuisine prepared with a contemporary twist, while La Magnolia is where the hotel’s privileged guests enjoy their breakfast. Al Fresco, as the name implies, offers casual outdoor dining by the picturesque pool.
Click here