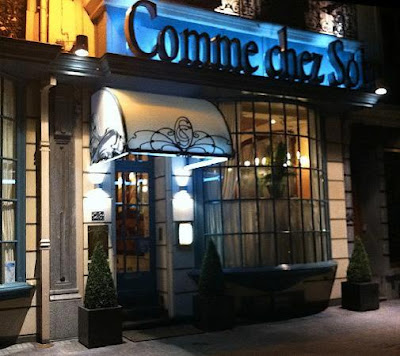 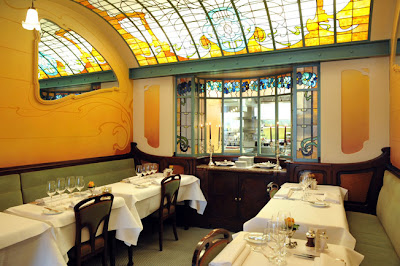 2-Michelin star
This well thought of eatery was established by Georges Cuvelier in 1926. Since that time, generations of the family have carried on the tradition of creating fine cuisine which has a taste of home for customers. This is the end meaning of Comme Chez Soi after all.
The present location affords visitors with a more modern and roomy atmosphere while still adhering to the principles that made the food and service so famous in the first place. Today, offering the best and most hearty dishes possible, along with food preparation exhibitions by noted chef Lionel Rigolet, completes one of the most interesting culinary venues in Brussels.
Master chef Pierre Wynants presents dishes which are both a taste of home, and quite the extraordinary as well. For the participatory type, Chef Wynants set up a table in the kitchen so they could watch 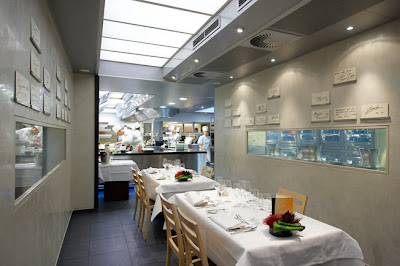 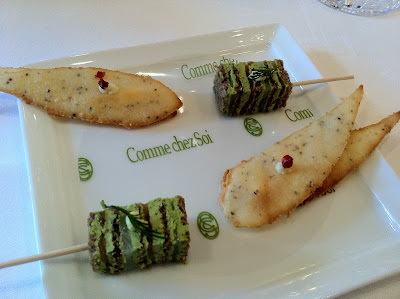 Amuse Bouche was a biscuit which tasted like parmesan and also a finger sandwich with smoked salmon and some fish carpaccio in it. 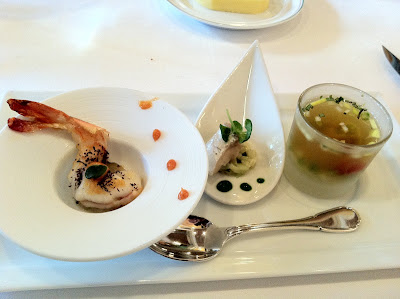 They surprised me with yet another Amuse Bouche, which happened to be a combination of Fried shrimp with seafood tartare underneath, Smoked mackerel with apple mash and a Shellfish soup.
The soup tasted a bit oriental due to its ingredients- ginger and spring onion. It also contained clams. Shrimp was very enjoyable and so was the smoked mackerel as both had rich flavours. 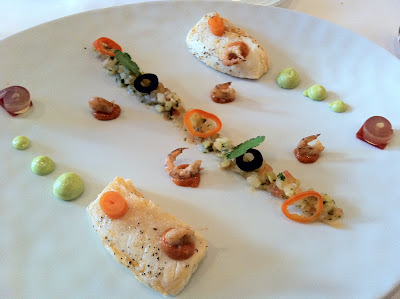 Marinated codfish with coriander and lime, North Sea Shrimps
A very good appetizer as the lime and coriander tastes were not only evident but refreshing. The fish was not fully cooked and hence gave a very chewy texture which I enjoyed very much. The North Sea shrimps were fresh and sweet, and were perfectly accompanied by the lobster sauce underneath. Drips of wasabi mayo supplemented the dish well. 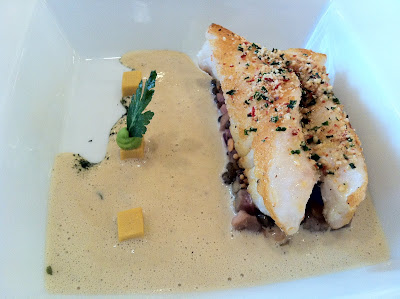 Pan fried redfish, green lentils and veal's head with hazelnut oil and mustard grains.
Another impressive course. The fried redfish with the subtle hazelnut crumbs on top went very well with the mushroom foam. The rich foam also accompanied the veal's head and mustard seeds perfectly. The veal's head reminded me of the British Gastro Pig's head on toast. The fish was fresh and this was particularly highlighted due to the generally rich sides of the course. 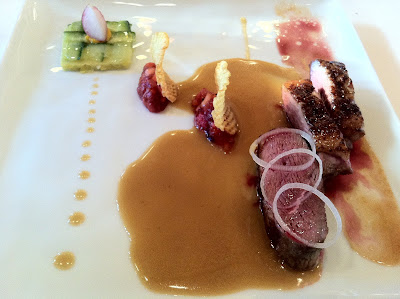 Lacquered breast of duckling from the Landes, crispy vegetables and spicy fruit chutney.
I was expecting a lot from this main course, given the high standards of its predecessors. Unfortunately it turned out to be a disappointment. The French duck breast was slightly overcooked and dry despite being pink. The honey sauce on the side was very appetizing and the potato crisps with berries were equally appealing. I requested for a slightly less cooked duck but was turned down by the waiter, who insisted that it was the perfect texture. I was hence obliged to continue with the dish which I felt could have been better. 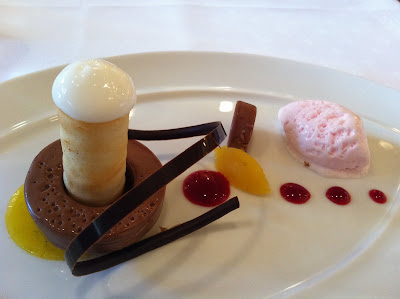 Ganache of Jivara milk chocolate with tonka bean, thyme shortcake, light Cointreau.
I found the dessert a bit too sour, a bit towards the fruity end since I personally prefer a chocolate based dessert. Nonetheless a decent course to end the meal. 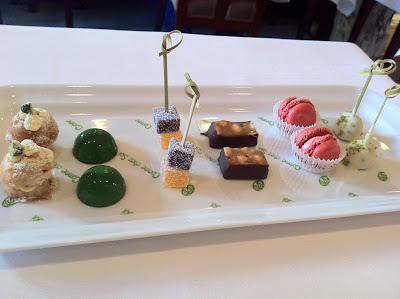 For the petit four, I only tried the strawberry macaroon which had a very delightful flavour.
Private room 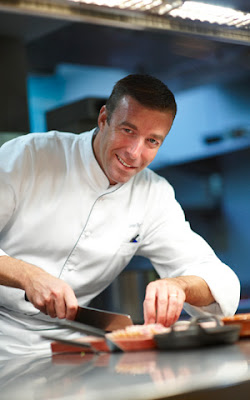 Lionel Rigolet
For a few years now Lionel Rigolet has found its own way to interpret the most
beautiful parts of the gastronomic traditions.
Using first quality products and the very latest technologies, he proposes well balanced dishes where flavours meet daring contrasts and the exotic touch to make epicure dream. 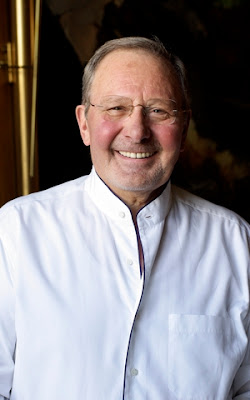 Pierre Wynants
Having ruled the kitchen of Comme chez Soi for several decades, Pierre Wynants
has now put his pots and pans down to give place to his son-in-law, Lionel Rigolet.
He is not totally retired from the gastronomic world and is always active in the defence of our culinary heritage.
Comme Chez Soi
Lionel Rigolet
23 place Rouppe • B-1000 Bruxelles
Phone: +32(0)2 512 29 21 • Fax: +32(0)2 511 80 52
info@commechezsoi.be
www.commechezsoi.be
2:06 PM
Unknown
2-Michelin star, Belgium, gourmet restaurants, Restaurants