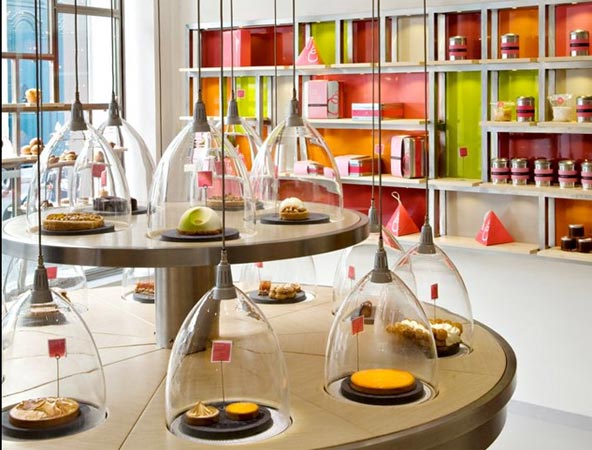 Whatever Parisian pastry chef extraordinaire, Philippe Conticini, does gets noticed. His talent for creating desserts that are art in all meanings of the word has found yet another expression this September when he unveiled his latest creation, La Pâtisserie des Rêves (the patisserie of dreams), in the chic 7th arrondissement in Paris. Nothing in the design of the sleek 29 square-meter boutique is reminiscent of a traditional European konditorei. Most strikingly, the stars of the space — the desserts, cakes and pastries — are displayed on a round platform in the center. Each of the 15 culinary masterpieces is presented under its own temperature-controlled glass bell suspended from the ceiling. 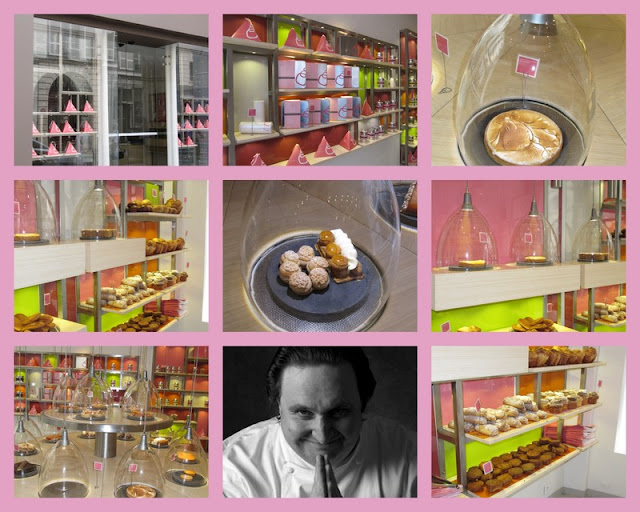 Customers order their selection from the staff, after which each order appears directly from the kitchen. Both ideas evoke the feel of a meticulous laboratory where precious specimens are handled. Conticini has been in the culinary limelight for more than two decades with his own TV show, several books, restaurants and awards. - Eric J.R. Engelen
4:24 AM
Unknown
food, paris, Pâtisserie