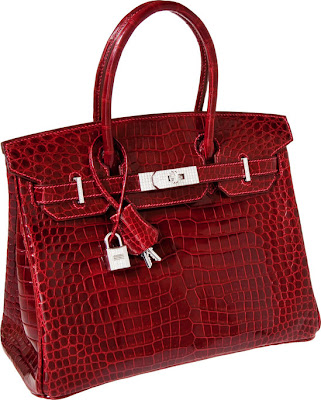 Hermès Diamond Birkin
Loving exclusivity?
The Hermès diamond birkin bag with diamond & gold hardware was estimated to sell for 68.000 Euro - $90.000 at auction, however, the bag finally sold for an even higher price,
153.150 Euro-$203,150 with many celebrities having their eye on that bag. A while back, Victoria Beckham was seen carrying one of these birkin bags. The bag is very rare, being a limited edition, made with red colored crocodile and diamond-studded hardware. At a public auction, the Birkin bag has set a new world record for being the most expensive handbag ever sold at an auction. 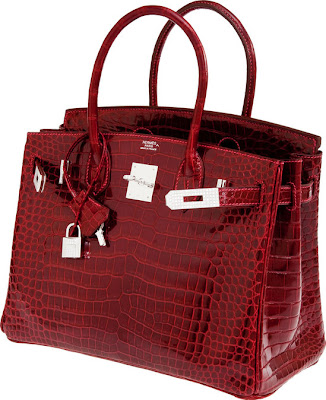 "This is an extraordinary example of one of the world’s most exceptional handbags, and this was certainly an exceptional price, exceeding our highest expectations at every corner. This crocodile handbag, was one of the four Hermès handbags that broke the existing record price." 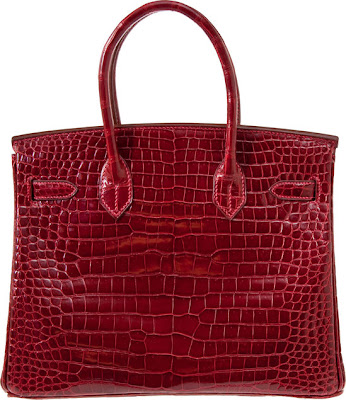 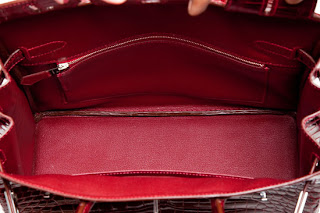