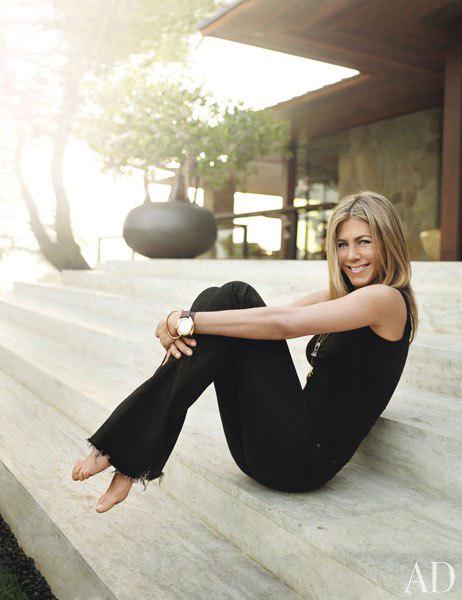 Jennifer Aniston collaborated with designer Stephen Shadley to transform a 1970 residence by Harold W. Levitt in Beverly Hills into an inviting retreat where she hosts frequent gatherings. “The making of the house was as significant to me as the living in it,” says the former Friends star.
ENTRANCE HALL 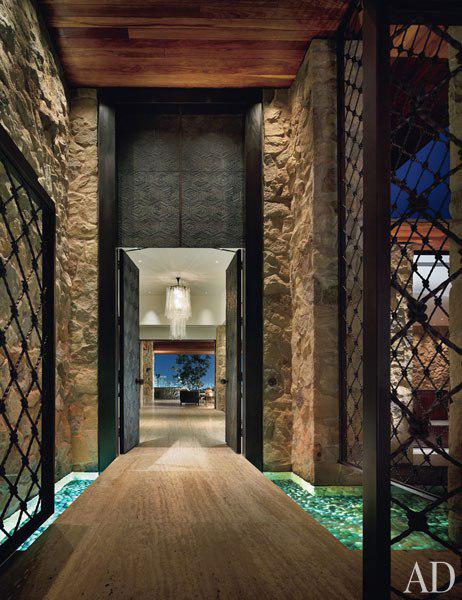 Aniston loved the tall entrance doors the moment she saw them. The Murano glass chandelier just inside is one of the first things she bought for the house. “Jen said things like ‘Zen’ and ‘Bali’ when we discussed the design—rather than doing a theme house, we got at the spirit of that,” says Shadley. 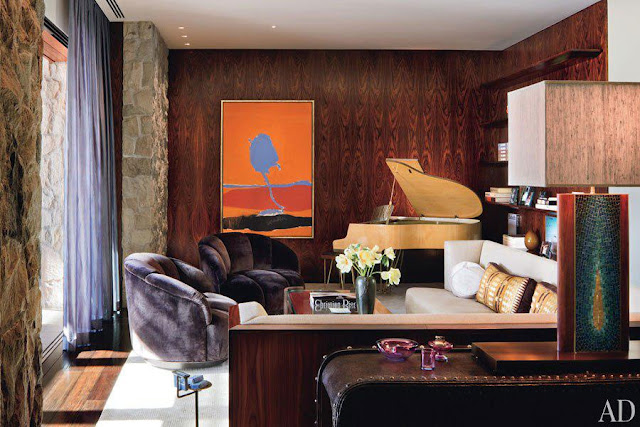 In the foreground of the living room, a Jacques Adnet ashtray for Hermès holds cigarette packs in Motherwell’s favourite blue. Larsen fabric is on the shade of the Vladimir Kagan lamp. The Japanese vase is from Naga Antiques, the curtains are of a Bergamo silk, and the paint is by Benjamin Moore. The wood flooring here and elsewhere is from BR-111.
The living room is an intimate space that opens to views of the koi pond. The low table is from Todd Merrill Antiques. Glant Linen is on the sofa, which Shadley designed, and the chairs are covered in Manuel Canovas velvet. 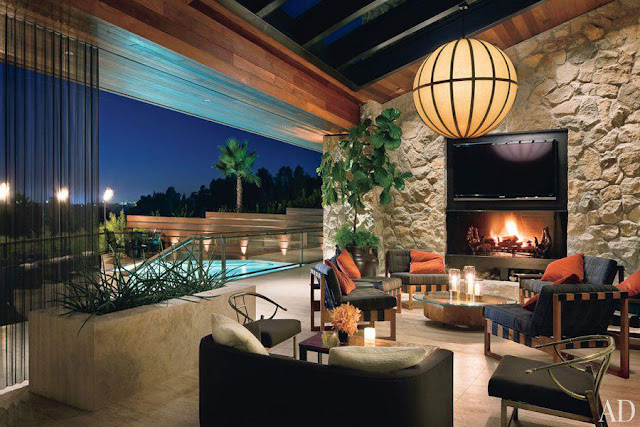 A pizza oven and wine room are featured in the kitchen. A travertine bar separates it from the sitting area, where Aniston and her guests can relax or watch television. Glant fabric covers the chair and the Piet Hein barstools. 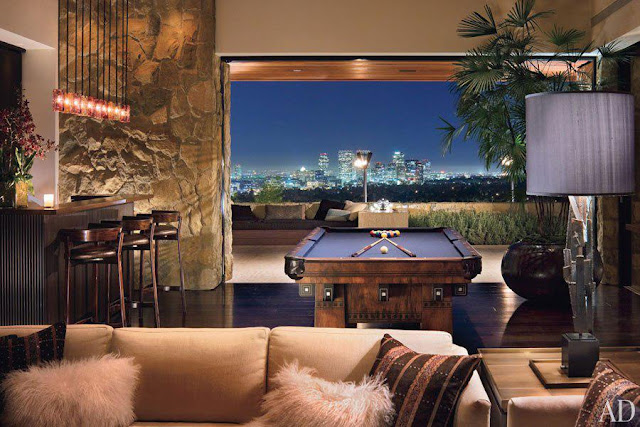 The game room, with its bar and vintage pool table, is “a great hangout at parties,” says Shadley. “And there are lots of places to sit outside.” The sofa is upholstered in a Larsen fabric, the lampshade is of a Calvin silk, and the barstool seats are covered in Hunt leather. 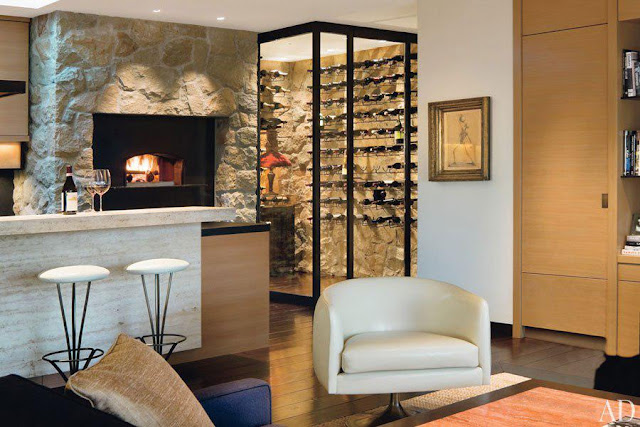 Heated travertine floors warm the lanai, which can be enclosed with a bronze chain-mail curtain. The fabric on the love seat and chairs in the foreground is from Holly Hunt, as are the pillow fabrics. Chella fabric covers the Shadley-designed chairs near the fireplace.
EAVES 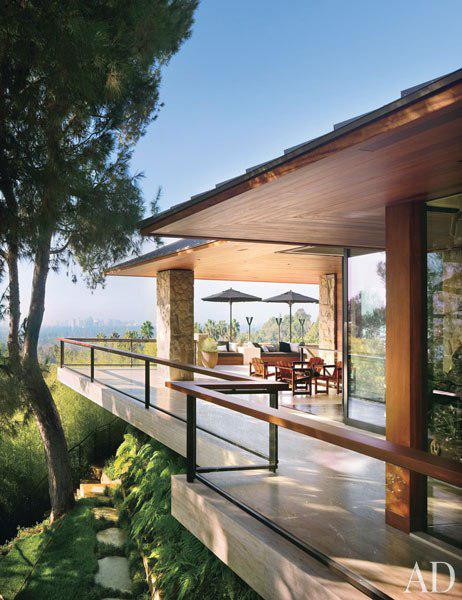