3 Ancient House Designs That You Can Build Really Cheap

Want to learn how to build a cheap house? Look no further. Let me ask you; how would your life change if you never had to pay rent or interest on a mortgage again? I bet it would take a significant weight off your shoulders. It sure would for me.
You’re not alone, in fact today most people in “civilized” parts of the world don’t own their homes but are indebted to banks or rent from a landlord. But it has not always been this way, as Henry David Thoreau so truthfully writes in his book Walden:
In the savage (Native American) state every family owns a shelter as good as the best, and sufficient for its coarser and simpler wants; but I think that I speak within bounds when I say that, though the birds of the air have their nests, and the foxes their holes, and the savages their wigwams, in modern civilized society not more than half the families own a shelter. In the large towns and cities, where civilization especially prevails, the number of those who own a shelter is a very small fraction of the whole. The rest pay an annual tax or this outside garnment of all, become indispensible summer and winter, which would buy a village of Indian wigwams, but now helps to keep them poor as long as they live.
Is this the best humanity can do?
Is it impossible to imagine a future where humans, just as other animals, own their shelter free and clear and don’t have to pay a “tax” their whole lives just to stay protected from the elements?
Of course not. This is crazy!

In the list below you’ll find examples of homes that “savage” people throughout the world built with their own hands using locally available materials that Nature provided for free. No mortgage or rent required.

Most of the examples on this list are small house designs. They are small because a small house takes less fuel to heat, less time and building materials to build, and for some of the more portable designs a small home is much easier to move.
What you take away from this list is up to you, but I have no doubt there’s a lot to learn from how our ancestors lived in harmony with their surroundings and adapted perfectly to their environments, no matter how harsh. 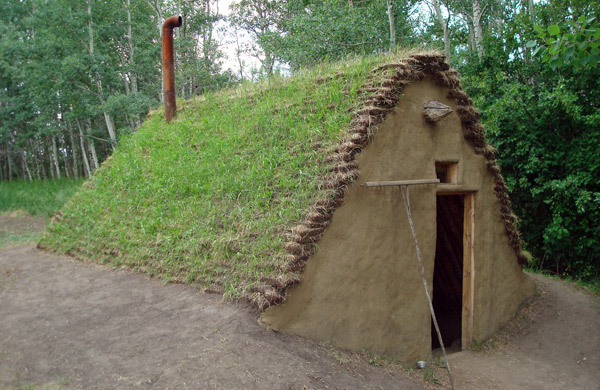 The burdei dates back as far as 6000 years and it’s a type of half-dugout shelter somewhat between a sod house and a log cabin, usually with a floor that’s 1 – 1.5 meters under ground level.
This type of shelter is native to the Carpathian Mountains and forest steppes of eastern Europe but has seen use in North America as well by many of the earliest Ukrainian Canadian settlers as their first home in Canada at the end of the 19th century and by Mennonites from Imperial Russia who settled in the Hillsboro region of Kansas. 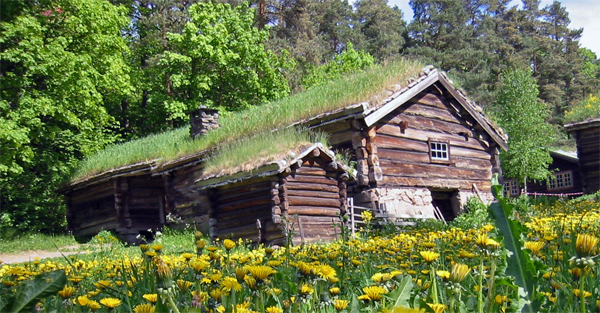 Some of the first log structures were built in Northern Europe many thousands of years ago, and they’re most commonly associated with Scandinavia and Eastern Europe.
They’re built out of logs laid on top of each other horizontally, with notches at both ends to form weather tight corners. The thick solid wood provide much better insulation over a timber frame covered with skins, boards, or shingles.
With suitable tools and logs, a log cabin can be erected (and disassembled) from scratch in days by a family but it can stand for potentially hundreds of years. In fact, not far from where I live you’ll find one of Sweden’s best preserved old farms with log structures built in the 1700’s that’s still in good condition.

Just as with the Clochán, the log cabin gets its structural integrity from compressional forces, and a log cabin tends to slightly compress as it settles over a few months or years. 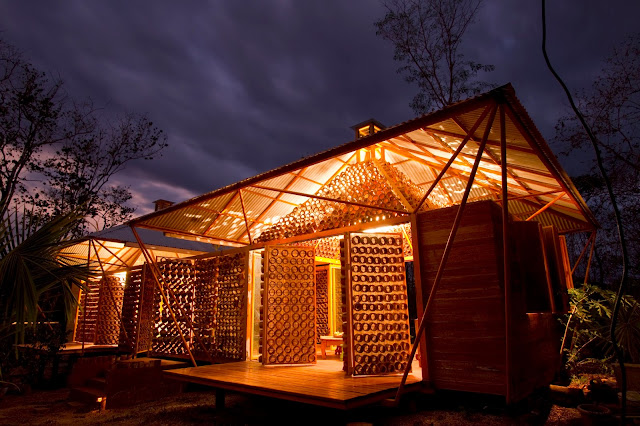 Not a house design but rather an excellent building material, bamboo has a high strength-to-weight ratio useful for structures. It grows fast, it’s light-weight, and is a sustainable source of building material. 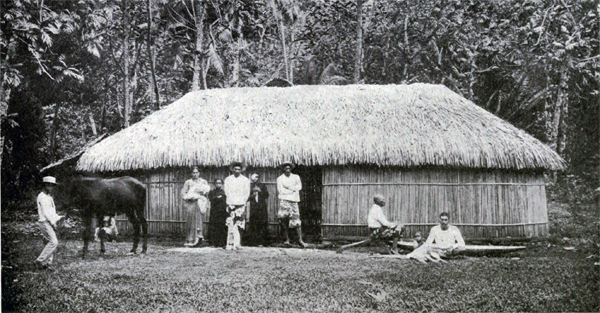 In its natural form, bamboo as a construction material is traditionally associated with the cultures of South Asia, East Asia and the South Pacific, to some extent in Central and South America
6:25 AM
Unknown
home 3d interior design, home exterior render, house 3d exterior design, house designs