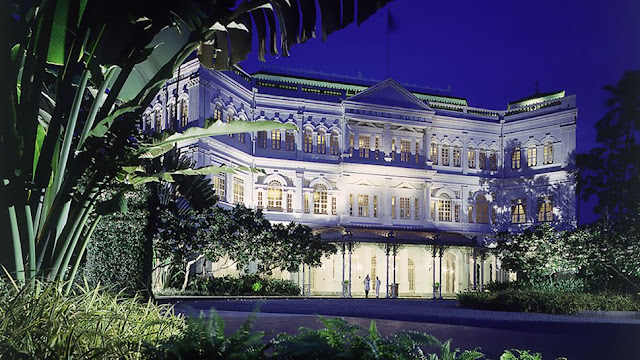 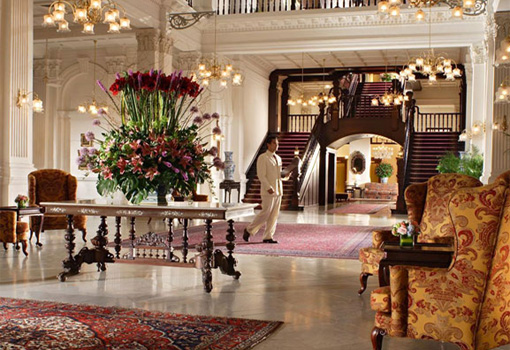 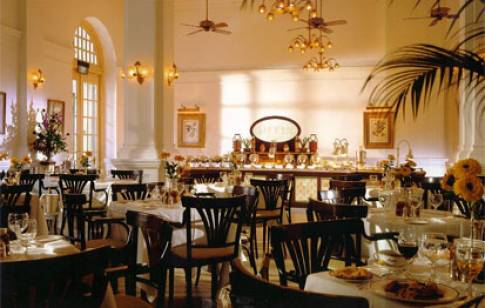 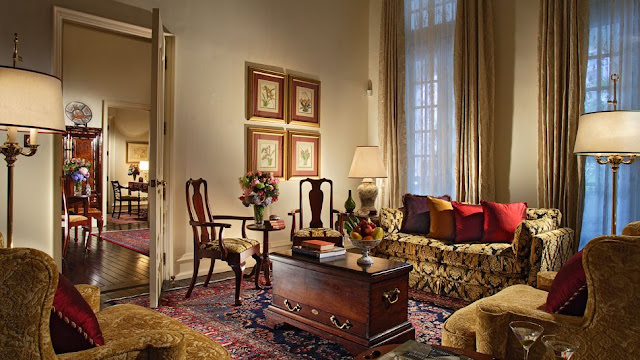 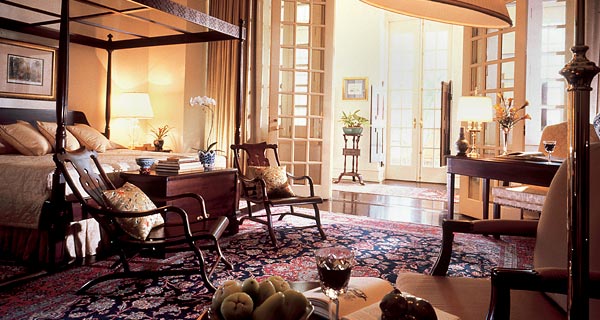 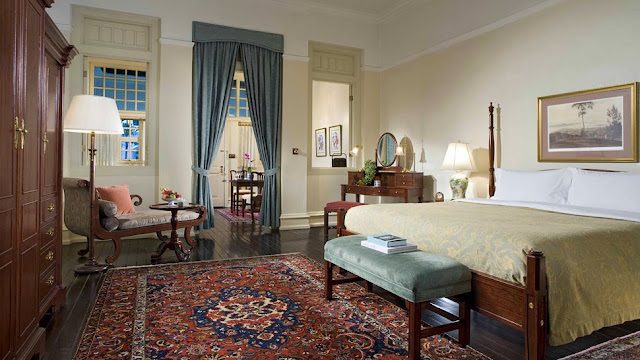 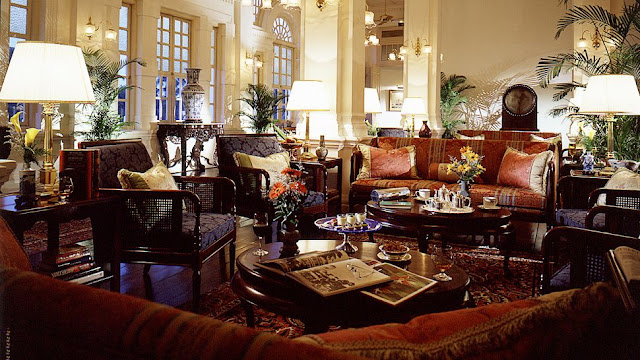 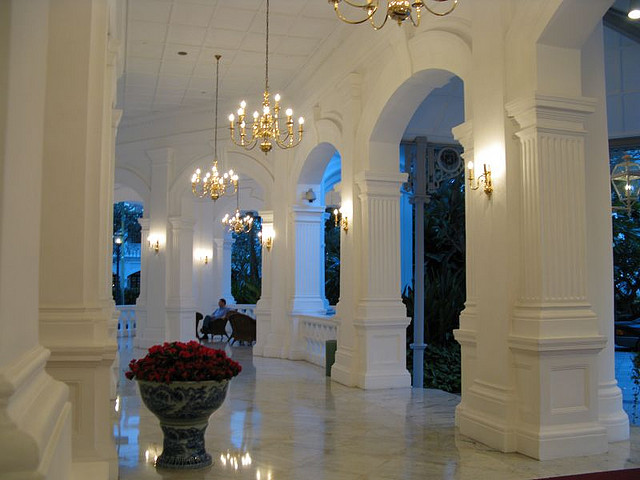 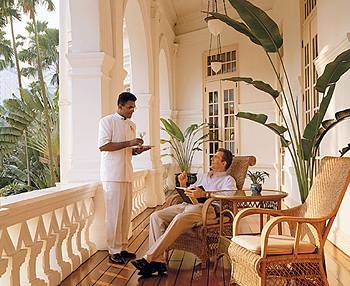 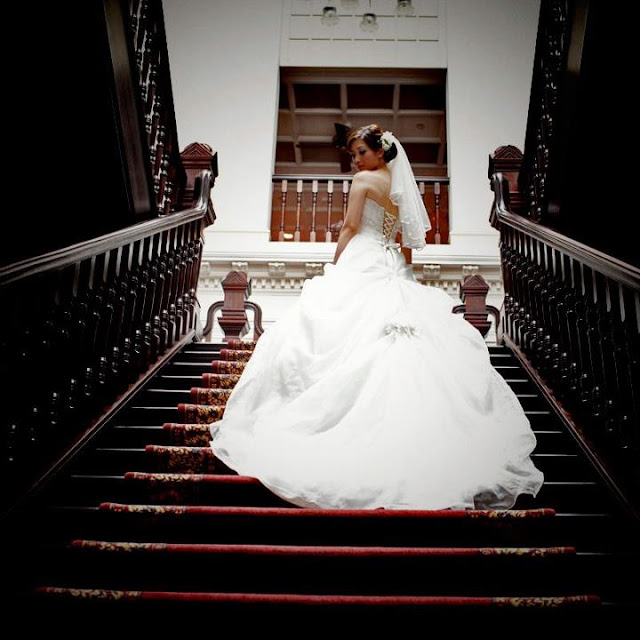 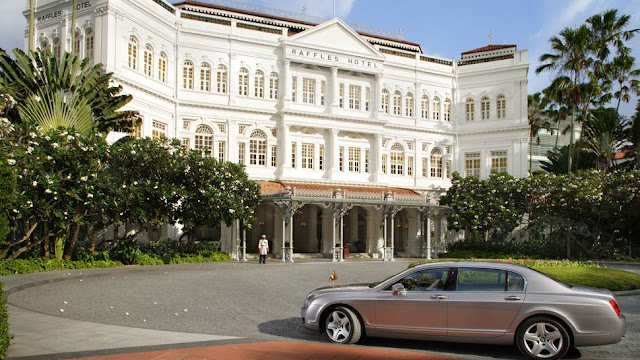 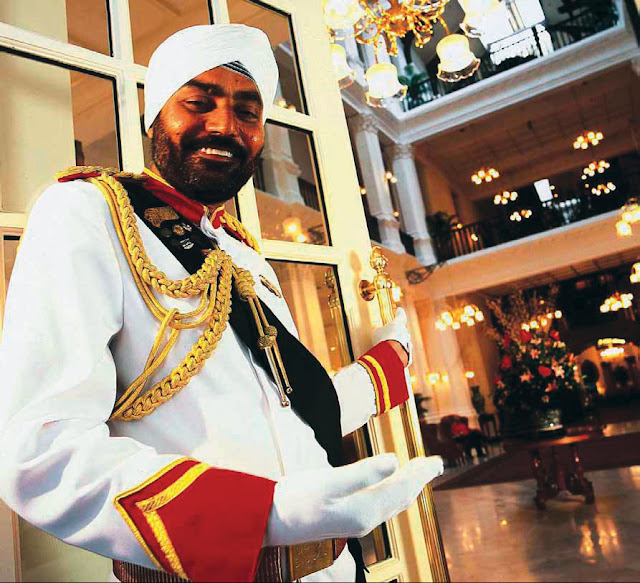 Though something of a tourist attraction, the historic Raffles is still a popular business hotel with 103 suites, 18 restaurants and a substantial spa. It is also the best, if not least expensive, place for a Singapore Sling, the cocktail invented there.
Declared a National Monument in 1987, the Hotel has grown from strength to strength. With its restoration and re-opening in 1991, Raffles Hotel today stands as a jewel in the crown of Singapore's hospitality industry, renowned and loved for its inimitable style and unsurpassed excellence in service and facilities.
In multi-cultural Singapore, it is not surprising that the visionary founders of Raffles Hotel were a quartet of enterprising Armenian brothers; Martin, Tigran, Aviet and Arshak Sarkies.
Raffles Hotel opened in 1887 in a rather somber-looking old bungalow known as Beach House. It was named after Sir Stamford Raffles, founder of modern Singapore. Topical suits and solar topi were as much a part of Raffles Hotel's early style as bentwood tables and rattan chairs.
Over the years, the hotel has evolved into one of the world's most beloved Grande Hotels and welcomed innumerable celebrities, writers, and royalty.
Experience the Golden Age of Travel at Raffles Hotel, Singapore!
Click here for more info & Online booking